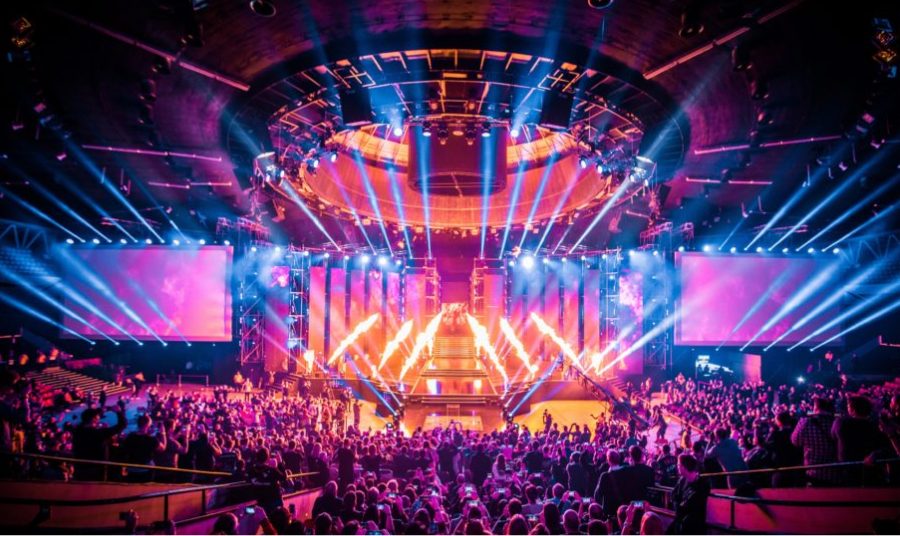 He hears the crowd—they chant his and his teammates’ names. A bead of sweat drips slowly from his brow. His stomach fills with butterflies as he draws nearer to the stage. The crowd grows louder. He steps upon the stage and is met with the enthusiasm from the audience. There are posters, photos of him, his teammates, and their opponents.

As he approaches the table in the middle of stage, he feels his palms grow sweaty. He takes his seat and looks at his teammates. They are nervous and anxious for the match to come. The announcer appears. The crowds grows louder. He grabs his headphones and places them on his head. It’s time to play.

This is the experience for those that compete in electronic sports, or eSports. But is it a sport? Some would say it is, while others disagree.

“When people think of sports, everyone thinks physicality,” said Murad Hader, a student at Vista del Lago High School and eSports competitor. “However, sports have more than physicality, it’s a game about teamwork and practice to have a good strategy…similar to other sports its emotional. Pros practice 6-10 hours a day in order to have the best plays and chances to win just like in regular sports.”

The eSports field is growing every year as it attracts more players and fans. At the end of 2018, the fan base reached 380 million people, and according to Keepkop, it will  reach 520 million by 2020.

Besides the increase in popularity, there is also an increase in revenue for those participating in the electronic sports field. According to Julian Krinsky, the salary of a professional gamer ranges from $1,000 to $5,000 per month, but for those playing in the League of Legends platform, they’re are guaranteed a minimum salary of $75,000 with a maximum of $320,000. These salaries exclude the money gained from streaming platforms, such as Youtube or Twitch, where professional gamers usually broadcast their gaming.

“A sport requires exertion and physical effort, such as training in the gym and working on the field. Not a fake virtual world,” said Ezekiel Cruz, varsity baseball player at Vista.

According to the Oxford English Dictionary, the definition of sports is,“an activity involving physical exertion and skill in which an individual or team competes against another or others for entertainment.”

But as Hader said, “There is much more to sports than physical exertion. There is teamwork, strategy, and dedication” which can all be found in eSports.

Even if eSports aren’t considered a sport, their rise in popularity is undeniable.   It could even land in high schools someday.“The idea of it being offered at high school level[s] is a stretch for our world today, but it [is] most definitely [being] offered in the future,” said Hader.

A high school eSports league was created almost seven years ago. It is largest youth eSports organization in the United States and has several tournaments across the nation. Classes are taught for those who want to begin their own gaming careers.

The high school league is partnered with schools throughout the United States and Canada. Students from these schools participate in the leagues tournaments where prize money is up to $178.

Nonetheless, the high school league is considered small compared to other high school sports such as baseball or basketball. It will be awhile until schools such as Vista accept eSports as school sport, and decide to implement eSports into their variety of sport choices.