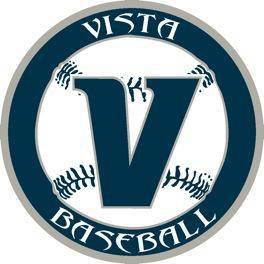 Vista del Lago’s varsity baseball team is heading into league with a preseason record consisting of two wins and two losses. League play for the Eagles began March 19, with a 8-7 home opener loss to Capital Christian.

The team, led by head coach Scott Seffens, earned an overall record of 13-15 during the 2018 season, winning nine of fifteen games in league. The 2019 Eagles team looks to improve this record, with nine returning players; seven of them being seniors. Four of the players will be playing varsity for the third-straight year.

This will be the first season for Vista’s team to play in the Capital Athletic League, which is considerably more competitive, with strong schools such as Capital Christian, Sacramento High, and Del Campo. Christian Brothers, El Camino, and Rio American are also returning competitive schools.

As of April 9, the Eagles record is currently two and six. The team will look to begin winning against Rio Americano in their next three game series, consisting of one game at home and two games at El Camino.

Some standout players to watch on the Eagles are Evan Swartz, Cole Tremain, and Tim Bolyard. Swartz, plays third base and wears jersey number 5. Swartz currently bats third in the lineup, known as cleanup, and leads the team with a batting average of .378 in thirty-seven at-bats. In these thirty-seven appearances, he has amounted fourteen hits, four doubles, one triple, six RBIs and five runs.

Junior Cole Tremain is another player to watch this season. Tremain is the Eagles’ ace on the mound and wears number two. In the 16.1 innings pitched, Tremain has maintained an ERA of 2.14 and has accumulated a total of twenty strikeouts, while giving up only nine hits. Tremain has also proved that he is one of the top hitters on the team, posting a batting average of .273 in thirty-three at bats. Tremain has nine hits, five doubles, eight runs, and five RBIs.

Junior Tim Bolyard wears number six and currently has the second highest batting average. Bolyard is batting .333 in forty-two at bats. In these forty-two at bats, Bolyard has had fourteen hits, two double, six RBIs, and five runs.

One series that may prove difficult for the Eagles is the series against Christian Brothers. The games are on April 23 through April 26. The first and third games are at home this season. This year, Christian Brothers is currently ranked 35th in California and 231st in the nation with a team batting average of .392, which is considerably higher than the national average of .280.

“It will be a battle between us. We just have to play hard and play the game how it is supposed to be played. The outcome will be a ‘dub’ (win) for Vista” said Ezekiel Cruz, first baseman for the Eagles.