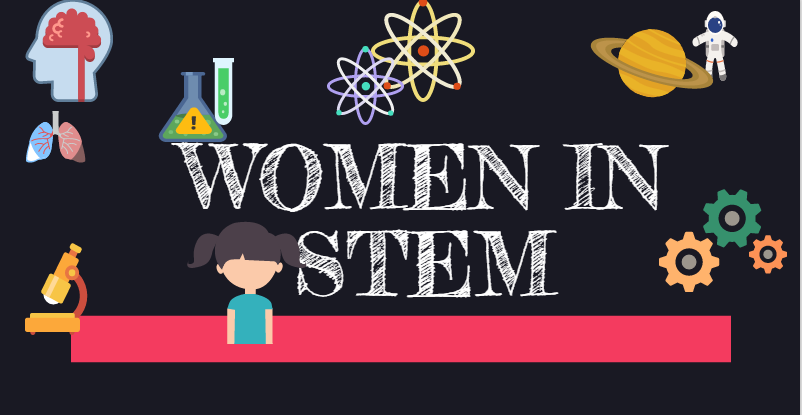 It Began in the Toy Aisle: The Hurdles Women Face in STEM

A young girl walks into the extravagant isles of a toy store. Her eyes are wide and popping from the numerous options, from miniature cars to chemistry sets.

But wait. She soon understands that all the toy options in the shelves are not for her — many of the toys are designated for boys. The girl briskly walks past the boy’s toy aisle and reaches the aisle for girls. She finds pink fashion sets, Barbie dolls and tea sets.

This is the first of many occurrences that will trivialize her self-worth and ability to pursue certain careers. “And if we go all the way back to the girl, a girl with matching STEM ability but because of the broader messages communicated to her never pursued a career in STEM, and you multiply that by a million, you can see why it’s a problem,” said Erin Hogeboom, Community Development and Network Strategy Manager of the National Girls Collaborative.

Women face a myriad of hurdles in the working world. These predicaments become even more difficult on the STEM platform. STEM is the category for professions under the fields of science, technology, engineering, and math. Unfortunately for a lot of women, this field is male dominant.

The underrepresentation of women in STEM has been a consistent problem. Despite an increase in women obtaining STEM degrees, there are still very few  women pursuing  work in this field, hinting at the work that remains to be done.

Heather Laederich, a biology and environmental science teacher at Vista del Lago High School, states that women offer a new perspective on vital issues within the sciences. “It’s important to incorporate women more so we get more coverage and consideration,” said Laederich.

Not only will companies incorporating women become more diverse, but also more productive and efficient. “…companies with greater diversity tend to fare better in business—largely because individuals with different backgrounds and experiences approach problems from a variety of perspectives. So considering the health of the U.S. labor force and good business acumen, gender equity in STEM is just smart economics,” said Erin Hogeboom.

In fact, according to the US Department of Commerce Economics and Statistics Administration, the percentage of men in comparison to women in all careers is 52 percent to 48 percent. The gap between these two numbers significantly increases when it comes to STEM careers. In fact, the amount of men to women in STEM is 76 percent to 24 percent.

The integration of women in STEM cultivates an environment for gender equity. “Gender equity is important for reasons beyond the morality of it. We are not the best society we can be if every single person is not given the chance, and the tools, to live up to their potential. More practically…we do not have enough trained professionals to fill the growing demand for STEM jobs,” said Erin Hogeboom.

Perpetuated social paradigms is what continues to hinder women in STEM. As children, girls are pressured to conform to societal “norms”.

“Society needs to stop saying ‘fit into this box’ and this is what you are’,” said Laederich.

Furthermore, as they grow older the confidence and self-assurance of young girls disappear, unlike their male counterparts.

Laederich cites a study done by Andrei Cimpian, a psychology professor at New York University, that concluded that “girls start believing boys are smarter than them as early as the age of 6.” In fact, much of the previous work done by Cimpian show that “children are incredibly attuned to social signals.”

Cimpian is still performing studies to indicate the cause of stereotypes to emerge at such a young age. Rather than pursuing zealous careers, women are held back by the idea that men are inherently more intelligent than them.

Fortunately, this predicament is solvable.

A dramatic increase in STEM female role models will encourage more women to join the field. “It’s important for these girls to see women who’ve done it, made it, who are doing science and that gives them an idea that they can do it too. I think it’s important for them to know that it’s a possibility and that it can be accomplished,” said Laederich.

The role that female role models play can be seen by observing the effects of the recent movie, “Hidden Figures”, a film based on African American female scientists working for NASA. Research shows that role models such as those in Hidden Figures, entirely change women’s perception about STEM careers and inspire them to pursue the field.

Hogeboom believes that in order to address this issue, difficult conversations need to be had and we must become more aware of micromessaging. In addition, Laederich states we must begin teaching women that they are as capable as men and that failure is commonplace in science. Therefore, failure should be perceived as a way to develop oneself further. Instead of seeing success as a result of one’s innate ability, we must educate children that it is a byproduct of perseverance and work ethic.

By becoming more proactive about including women in STEM, the benefits would be universal. Soon, a young girl in a toy store will be able to walk in the aisle of action figures, miniature cars and machines without hesitation.