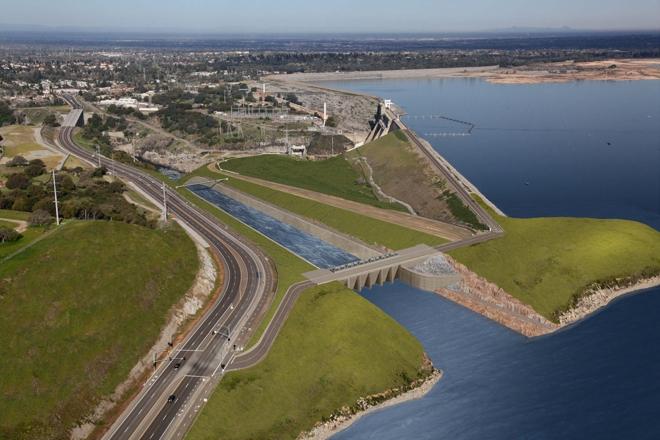 Rendering of the auxiliary spillway - Graphic courtesy of U.S. Army Corps of Engineers

On Feb. 7, a large crevice appeared in Oroville Dam’s main spillway after heavy rains. The situation got worse when the lake level got so high its emergency spillway had to be used, which led to the evacuation of nearly 200,000 people after fears that massive erosion could cause the emergency spillway to fail. When the lake’s level dropped 30 feet and allowed a clear view of all the damage, California was forced to look at its dam infrastructure.

Fortunately for the Sacramento Metropolitan Area, Folsom Dam is safer than ever. 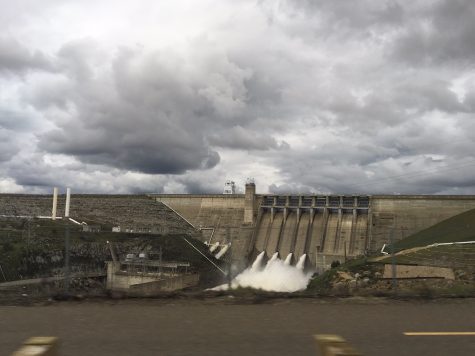 A new spillway for Folsom Dam is set to open later this year and will add valuable flood control for the 61-year-old dam. Costing $900 million dollars with a project cap of $1 billion, the project is a very important achievement for the Sacramento Valley, one of the most flood-prone areas of the country.

“The new auxiliary spillway will help the Sacramento region achieve a 200-year level of protection, meaning there will be a one-in-200 chance for flooding in any given year,” said Richard Brown, the head of Public Affairs for the US Army Corps Sacramento Region. “For comparison sake, the main dam currently offers about a 65-year level of protection. So that means that a rain event would have to be much, much larger to cause serious flooding than with just the main dam alone.”

After the major flooding swept across Sacramento in 1997, the Army Corps started formulating the plan for the new spillway. Congress allocated funds for the project in 2006 and construction for the spillway commenced in 2007.

The spillway is composed of what is essentially a new dam itself. Lake water is directed through a 1,000 foot channel that leads it to the spillway. When it needs to be used, the structure will open its six release gates that are located underwater. The spillway gates are 50 feet lower than Folsom Dams original gates, meaning it can release more water in less time. The gates can release 312,000 cubic feet of water a second – that’s the equivalent of four Olympic-sized swimming pools per second, according to Brown. After the water is released, it travels through the new 3,027-foot-long spillway into the American River.

The spillway is set to open in October of this year, after nearly 20 years of planning and construction. Currently, the Army Corps is on Phase 5 of 5 of the project, which includes replanting of trees and finishing minor details of the project.

“Before you accept the keys to your new house, you create a punch list with all the things that don’t quite meet your standard,” says Brown. “We’re doing the same thing with the auxiliary dam and the contractors who performed the work, making sure everything on that punch list is to our standard before we proclaim the job complete and accept the keys.”