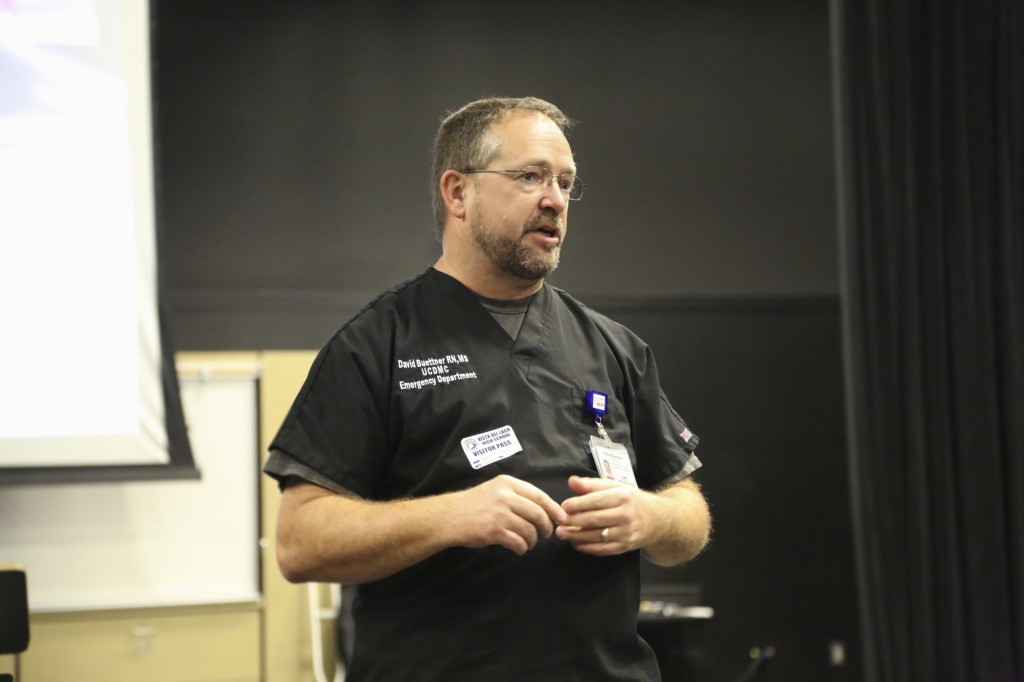 One of Vista's great career speakers, Dave Buettner, spoke to students about careers in nursing in November, 2013.

At Vista del Lago High School, home room (otherwise known as Advisory) is not only being utilized to establish connections among students and their teachers, but as a way to give youth real-world experience today.

The Advisory Speaker Series hosts outside professionals that talk about various topics, from awareness on certain issues to explorations of career fields.
“The Advisory Guest Speaker Series is a way for our students to get exposed to more topics, including college and career, that they wouldn’t otherwise be able to explore during the regular school day,” Advisory Leader Kim Moore said.
In the past, speakers have included an expert on the prevalence on sex trafficking in Sacramento and a hit-reality show creator.
However, Moore says that one goal of the program is “to expose students to “non-traditional” careers.” Thus, speakers also have included social media giant Pinterest’s Manager of Communications, who happens to be a woman, and an ER Nurse, who happens to be male.
“We think students may not choose certain college or career paths because they don’t see it as an option for them,” Moore said.  “If we can get great role-models in front of them and show them the choices they have, hopefully it will open doors to those students.”
According to Moore, Lori Emmington created the program while teacher Kristen Quinton contributes along with Moore, herself. This year, clubs have also had the opportunity to sponsor outside speakers in conjunction with the program.
“Mrs. Emmington, Mrs. Quinton and myself are there to organize and help facilitate the speaker series, but students and staff have really helped to reach out into the community and find awesome role models willing to share their experiences with high school students,” Moore said.
For more information about the program, or to nominate an advisory speaker, please contact Kim Moore at [email protected]
Delete Image
Align Left
Align Center
Align Right
Align Left
Align Center
Delete Heading